Newt fencing is a barrier designed to control the movement of great crested newts but it may also be used to capture or exclude natterjack toad, common toad, and common newt species.

It is also commonly referred to as amphibian fencing, amphibian exclusion fencing, TAF fencing, drift fencing, barrier fencing etc. It is frequently used in conjunction with a great crested newt mitigation, which is carried out under licence from Natural England, Countryside Council for Wales or Scottish Natural Heritage depending on which part of the UK you are in. Northern Ireland is devoid of great crested newts, however newt exclusion fencing is utilised for the protection of the common smooth newt in this region. 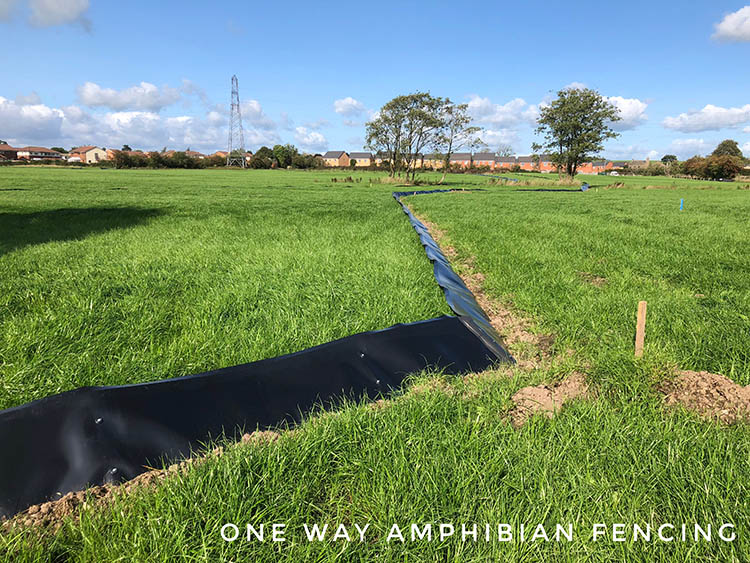 How much does newt fencing cost?

The price of newt fencing like all wildlife fencing varies as it is quoted for on a site by site basis to make sure you get the best possible price. We cost our wildlife fencing price on a per metre installed basis rather than a day rate as we feel that is fairer to you but it means we have to take account of items such as access, ground conditions and site security in order to calculate how many metres we believe we can install per day, we then add this to the basic cost of fencing specification you have chosen. 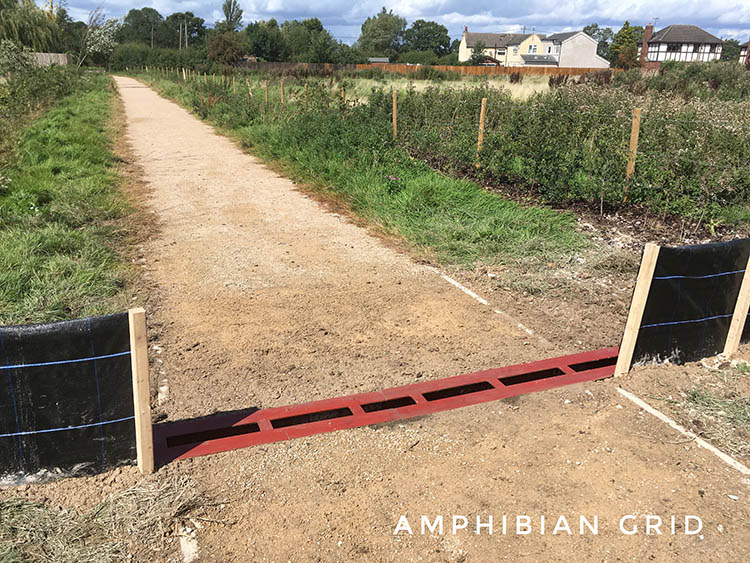 TAF Fencing:
Temporary amphibian fencing is a readily available and affordable ecology solution to exclude or contain amphibians including great crested newt, natterjack toad, smooth newt and common toad from any area where working activities may cause injury or harm to that species. It is the original ‘flexible’ wildlife exclusion fence material. Contract Ecology Ltd can supply TAF as a UV treated green or clear coloured polythene membrane designed for purpose or as our best-selling GEO TAF. 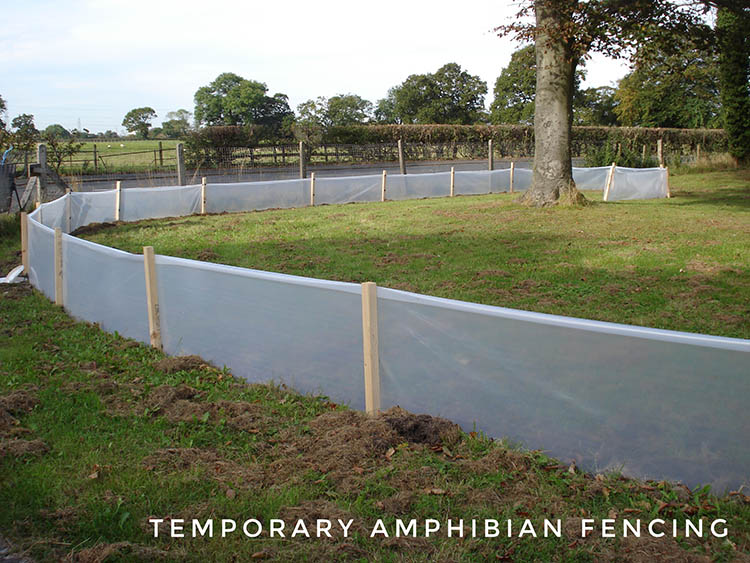 Drift Fencing
Drift fencing is very similar to temporary amphibian fencing or TAF fencing but is often of a lighter-weight grade. It is used to dissect a construction zone prior to works commencing to help the ecologist maximise trapping and capture efficiency by reducing the distance a great crested newt, slow worm, snake or amphibian has to travel before being caught in the trapping apparatus such as a pitfall trap or artificial refugia which we can also install at your site. 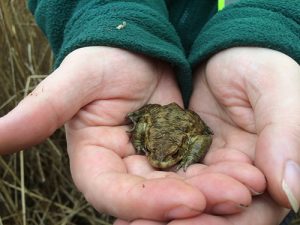 Toad fencing upholds the same specification as newt fencing. Ring fencing a construction zone to safe guard common toads is becoming an increasingly common practice and one which we have been commissioned to undertake many times.Common toads are a UK Biodiversity Action Plan species ’and’ as such you may be asked to ensure your development does not impact upon any significant populations. This is usually secured as a planning condition however you are likely to be asked to install your amphibian fencing and translocate the toads before the main development is permitted to happen.

All our temporary amphibian fencing and reptile fencing is UV guaranteed for 3 years. 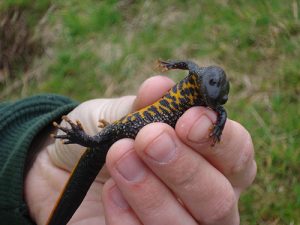 Semi permanent amphibian fencing is suitable for newts, natterjack toads, common lizard, slow worms and snakes. A highly durable fence material made from 3mm thick HDPE which is fully recyclable. It is suitable for all forms of amphibian and reptile exclusion including larger snakes with various heights available. It is an excellent choice for sites requiring maintenance free long term animal exclusion. Increasingly popular on sites prone to high traffic pressure and vandalism due to its robust properties. When installed without an under baffle this fence can be used to tie in closely with existing site boundary fences. Specially treated against long term UV decomposition and UV guaranteed for 5 years.

A heavier weight option is also available for longer term use (sometimes referred to as permanent amphibian fencing) which is available in a 4mm thick solid sheet.