We use a specially fabricated excavator bucket to cut and lift the turf whole. Each turf can then be transported from the donor site to the receptor site. Our experienced operatives can also be contracted to prepare the receptor site in advance of translocation. 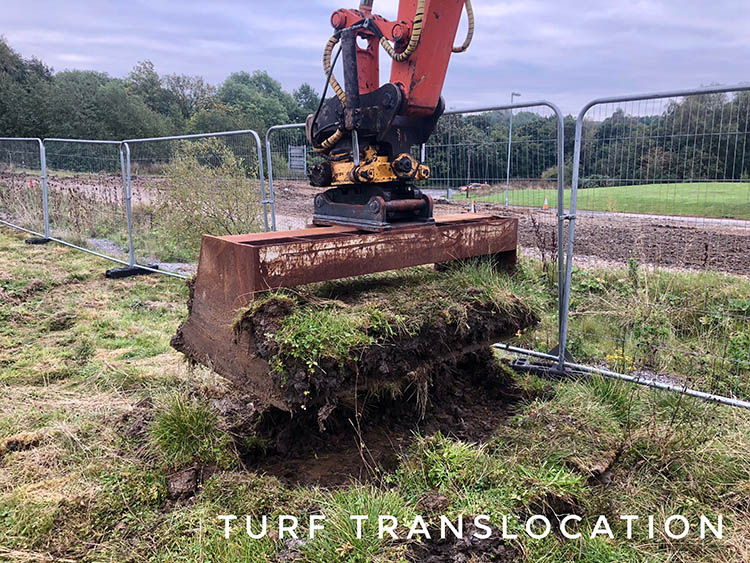 For grassland translocation schemes, turf can be placed to create an entirely new grassland at the donor site or if covering larger areas, can be carefully placed in a checkerboard effect allowing natural colonisation to infill the bare patches over time, thus creating a larger potential biodiversity gain longer term.

We use a specially fabricated turf lifting excavator attachment

Where turf is difficult to lift intact, or where ephemeral or stony ground is present and prevents whole turf lifting, we can undertake seedbank translocation. Seedbank translocation involves stripping the seed rich top soil layer. We can prepare the soil to be stored for reuse onsite in the final landscape plan or translocate it to a receptor site of your choosing. 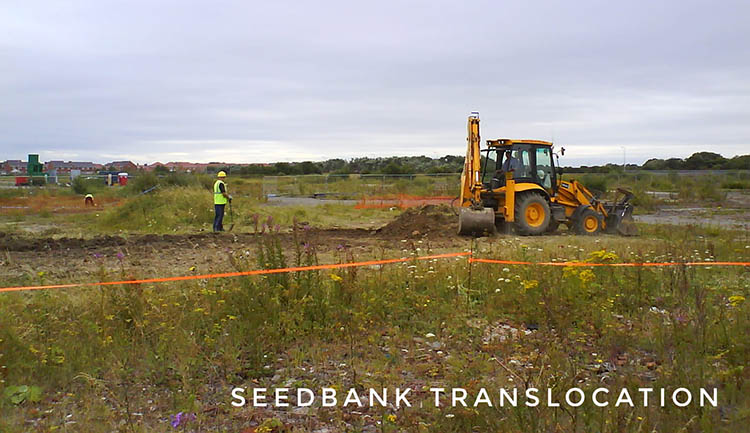 “Small footprint for big conservation gains” Our tracked skid steer can be fitted with a bucket and blade, for transporting and distributing seedbank soil on sensitive receptor sites. Meaning minimum disturbance to existing ground flora and fauna.

Flora translocation is suitable technique for a range of individual plant species. Great for sites where only patches of ecologically valuable habitat is present. We have experience in translocating individual plants where whole turf translocation and seedbank stripping has not been suitable due to non-target species and weed species presence. 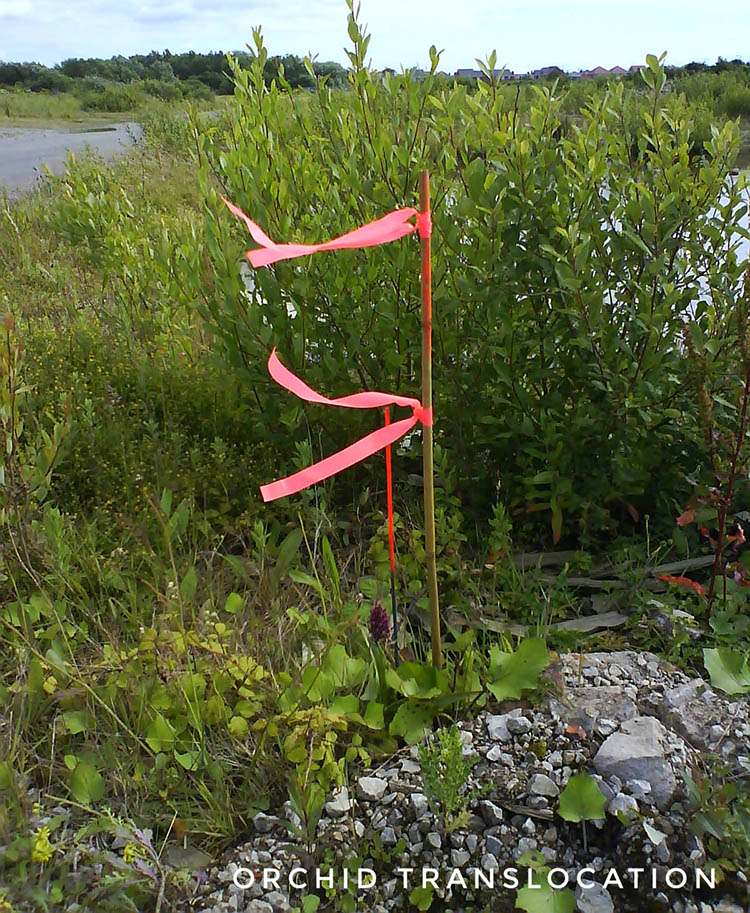 Our previous commissions include:

Read our case study on ‘Thornton Waste Recycling Plant’ and how we translocated over 300 rare native plants.